If you're interested in working on the Akka.NET project or just want to try out the very latest Akka.NET edge releases, you can subscribe to the project's MyGet feed.

Below is the URL for the Akka.NET MyGet feeds.

To consume this MyGet feed in Visual Studio, follow the steps outlined in the NuGet documentation for adding a package source to Visual Studio (and use the feed URL above).

Once you've done that you can use the Package Manager in Visual Studio and consume the latest packages: 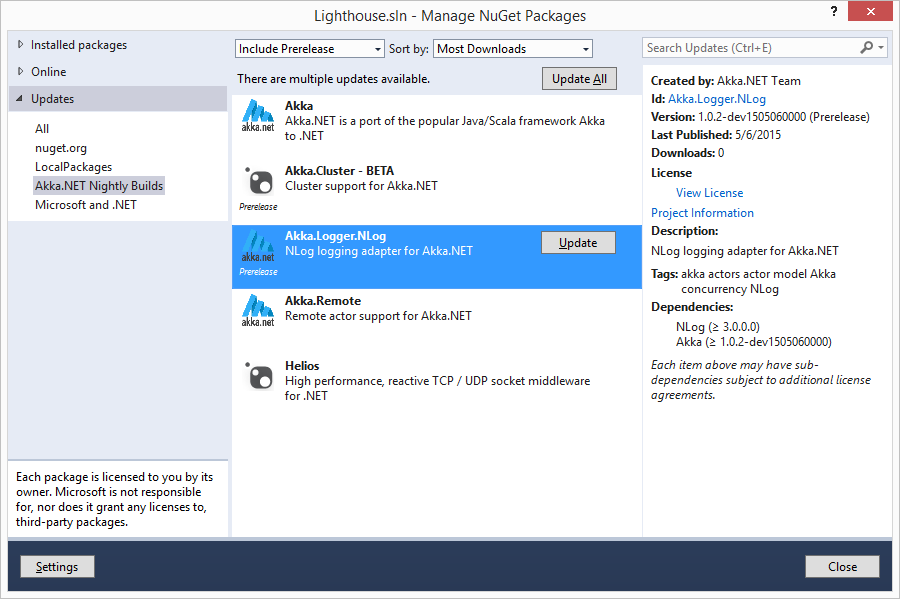 Make sure you allow for pre-release builds - otherwise you won't see the nightly builds!

If you want access to debug symbols for the Akka.NET nightly packages, you can access them here:

Follow these instructions for adding this to Visual Studio or JetBrains Rider.

Akka.NET supports SourceLink, which allows you to step directly into the source code associated with your local version of Akka.NET while debugging.

The nightly builds are generated nightly at midnight UTC if there have been modifications to the dev branch of Akka.NET since the previous build.